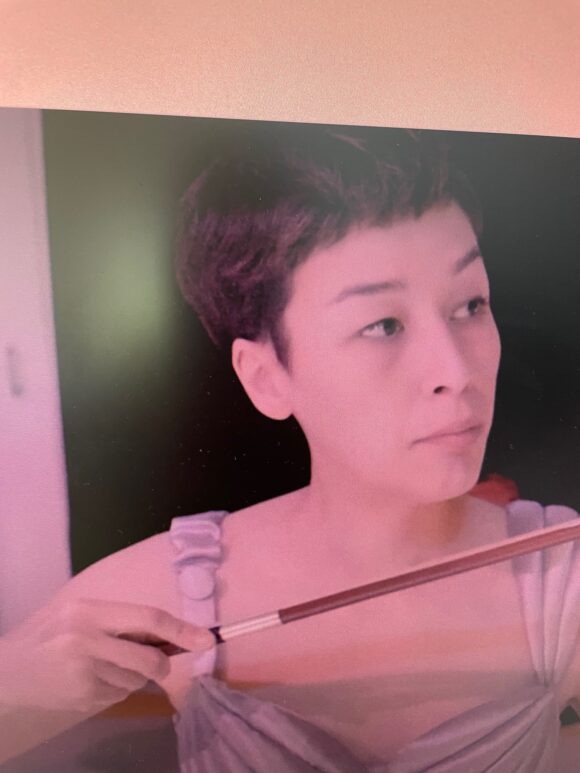 TinTin Patrone is a German-Filipino composer, musician, actress, film and music producer as well as painter, performance artist and author. Patrone founded the group Krachkisten Orchestra in 2009, the International MusicMotorcycleClub in 2012, and runs various musical and artistic individual projects in parallel. The connections between music, art, sound and experimental gesture is the general field TinTin Patrone is interested in. One focus of her creations lies on the visual elements of music, the tension between conceptual ideas and physical existence and how we relate to music individually and as a society.

Her performances and installations include elements from musical Concept-Art, Fluxus and Social practice. Her projects work as a form of comparative study of art and music, from their formal aspects to their points of overlap in history. Another important inspiration that informs her artistic practice is the culture of associations and clubs; she often performs with her orchestra or cooperates with other artists and collectives.

TinTin Patrone produces sustained, distorted, or eerie sound by directing her single instrument output through a number of low-latency, modified, and/or minimally oscillating digital filters. Her playing patterns of a drone allow for the creation of large, robust drones that are mimicked, distorted, or recombined to form longer and more varied textures and structures.

Her personal musical style is characterized by emphasis on the meaningfulness of harmonic relationships, modal structures and rhythmic patterns as a key to the translation of natural sound phenomena into a meaningful musical condition.